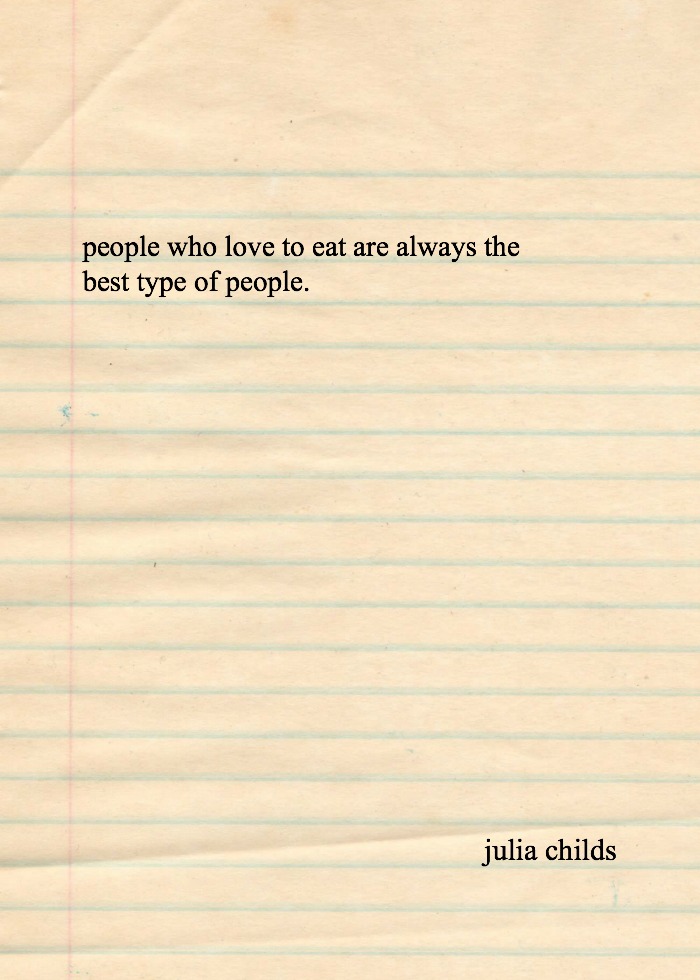 Agree or disagree, my friends? I could not agree more. I’ve found I make the best and deepest connections with people around the kitchen table. It’s how I roll.

Let’s see, what else on this chilly Friday. Well, like a crazy person I’ve been spraying this hand sanitizer all over hands, carts, airplanes, etc. lately. Love it.

These Happy Socks arrived this past week and true to their name, made me oh so happy.

Our wood floors are officially ordered and being produced for our renovation! Eek. Sorry little trees, but I promise to love you forever.

Trying out some new essential oils lately and the smells are divine. Will keep you posted on the results. Love that they offer one to help ease growing pains, which both my boys suffer from. Hey, it hurts to be off the charts tall!

I’ve loved having a pot of this French Lentil soup in the fridge all week. The taste is reason alone to make it but hey, did you know this? Although lentils include all these beneficial nutrients like fiber, protein, minerals and vitamins, they are still low in calories and contain virtually no fat. One cup of cooked lentils only contains about 230 calories, but still leaves you feeling full and satisfied. Score.

Beginning to daydream about spring break…

9 truths that moms of ‘boys only’ need to know. Loved, loved, loved this.

Oh my goodness how divine and over the top does this recipe look? I know.

ALFS was featured over at the DIY Dreamer this week – thank you so much, Christine!

Over winter? Yea, me too. Any time I kind of want to cry about it, I just watch this video for a chuckle. It’s just.so. true. Chicagoans, it’s a must see!

And lastly, the best part about this weekend? February is OVER! 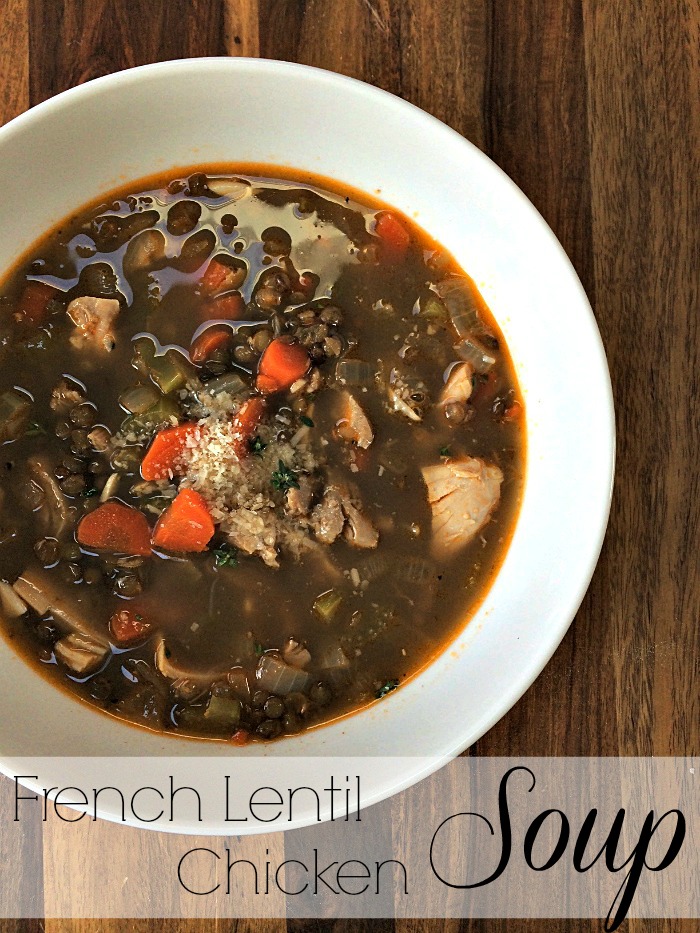 I just about died of happiness when I was browsing the Kitchn and came upon a recipe that combined my two favorite go-to soup recipes: chicken soup and lentil soup. That, my friends, is what we call the best of both worlds.

I knew this one would be a winner even before I began to chop away at the minimal but impactful ingredients. How could it not? The earthiness of the oh so healthy lentils balances out the smoky flavor from the bacon fat and the richness of the dark thighs. A sprinkle of parmesan to round it all out while dunking a warm hunk of this homemade bread?

It just doesn’t get any better. 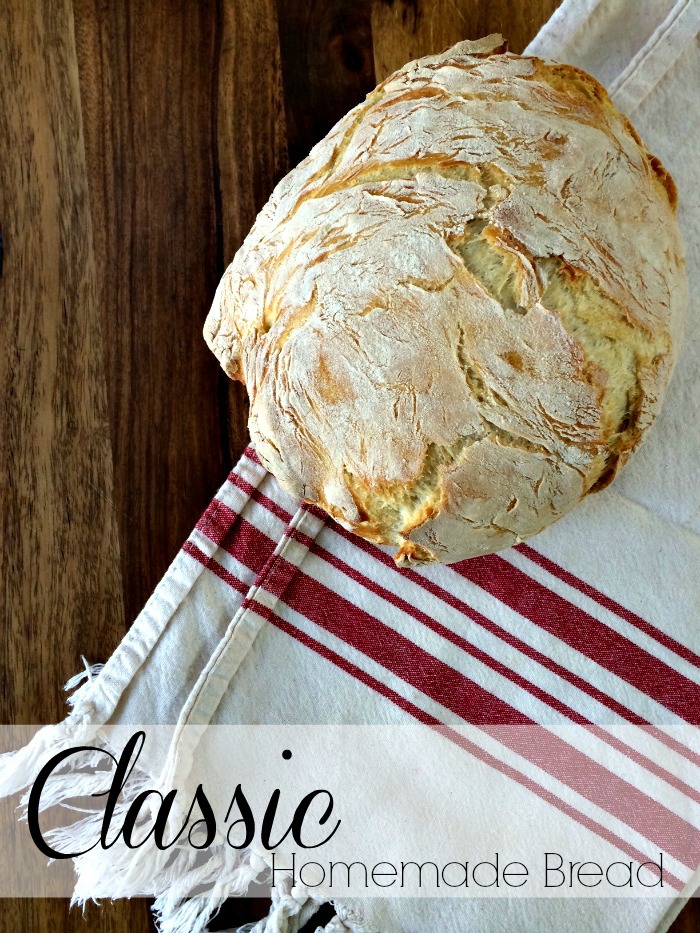 I’m convinced if you’re going to call yourself a good cook, there are things you should just know how to do. Baking the best chocolate chip cookies in the world is a great start. If you can do that, you’re on the right track. Then there’s a homemade chicken noodle soup, that’s important too. A killer marinara never hurts, and you’ll be everyone’s favorite person in the world if you can assemble a dish like these Grilled Caprese Baguettes in the summer (Pause to day dream with me, for just a moment).

Yet there was that fickle thing tormenting me in the back of my mind. I’d hear about others doing it; I’d seen it on other blogs. The crusty warm golden perfection that is homemade bread. What was I so afraid of?

This was ridiculous. I can bake. So after a little prompting from my mom, I unearthed a recipe that yields a perfect round warmth of goodness from my very own red dutch oven. As if I needed another reason to madly love that thing more. Now it’s giving me and the boys homemade bread? Swoon.

Is it scary? No. Hard? No, not at all. In fact it was painfully easy. So easy I have a feeling this will be in our weekly repertoire. It’s the perfect thing to make when the temps outside make you want to cry. Slowly rip off a large heavenly chunk, dunk it in a soup, and winter just got a tad bit more tolerable. Oh, and hey – YOU just made homemade bread. 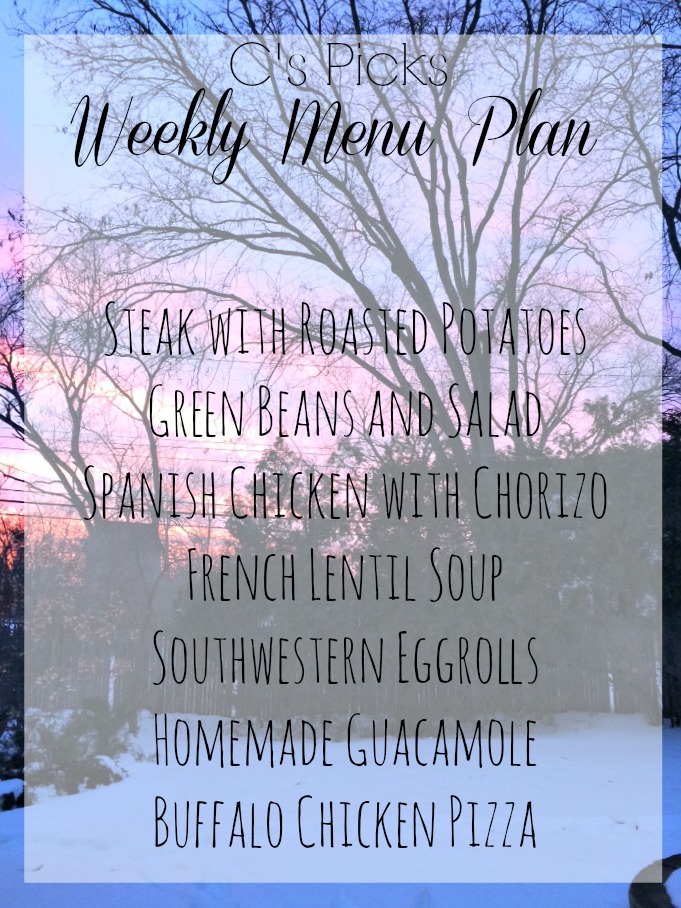 Whew. We made it through another deep freeze week. I was hoping we’d see 30’s here in Chicago this coming week, but it doesn’t look like that will happen. Sigh. For now, it’s all about the hot pink sunsets and comfort food! 20 minutes is all it takes to put together this week’s menu plan; let’s do this!

I didn’t get around to making this recipe last week and I really wanted to try it out. It’s on the agenda for Monday night.

For Tuesday, let’s get a killer soup simmering way on the stove. I heart this one oh so much – full of lentils and veggies, it could not be more satisfying.

Wednesday night is a toss up. Between driving baseball studs around and our last (hopefully) village meeting for our expansion, dinner will either be take-out or another night of the lentil soup. No complaints there!

On Thursday, I am dying to try out these southwestern egg rolls. Totally baking them to up the health factor and will serve them with homemade guac.

And that brings us to Friday. With our calendar free, I’m thinking it’s time to bust out our pizza for a cozy night in.

That’s our menu plan for the coming week. What’s cooking in your kitchen? I’d love for you to share a recipe or two! 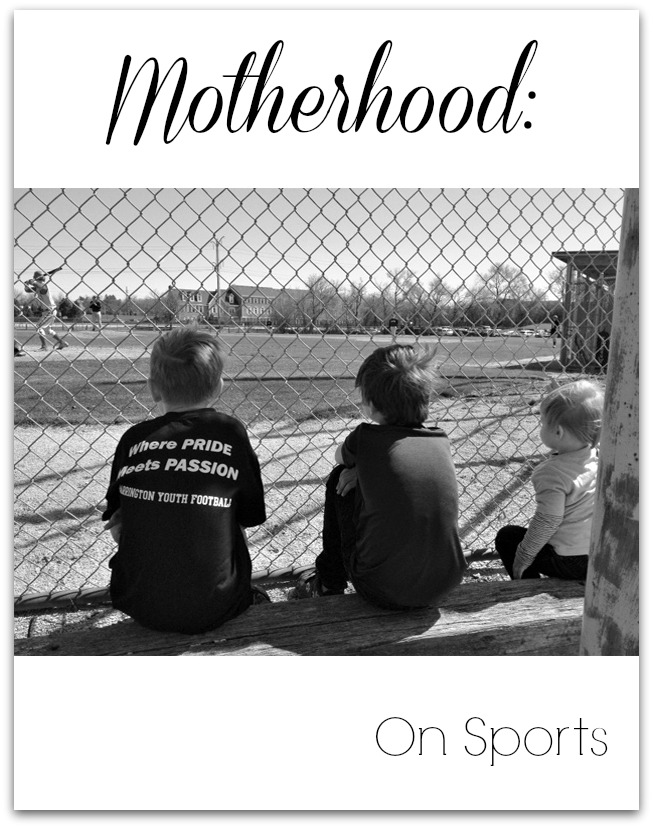