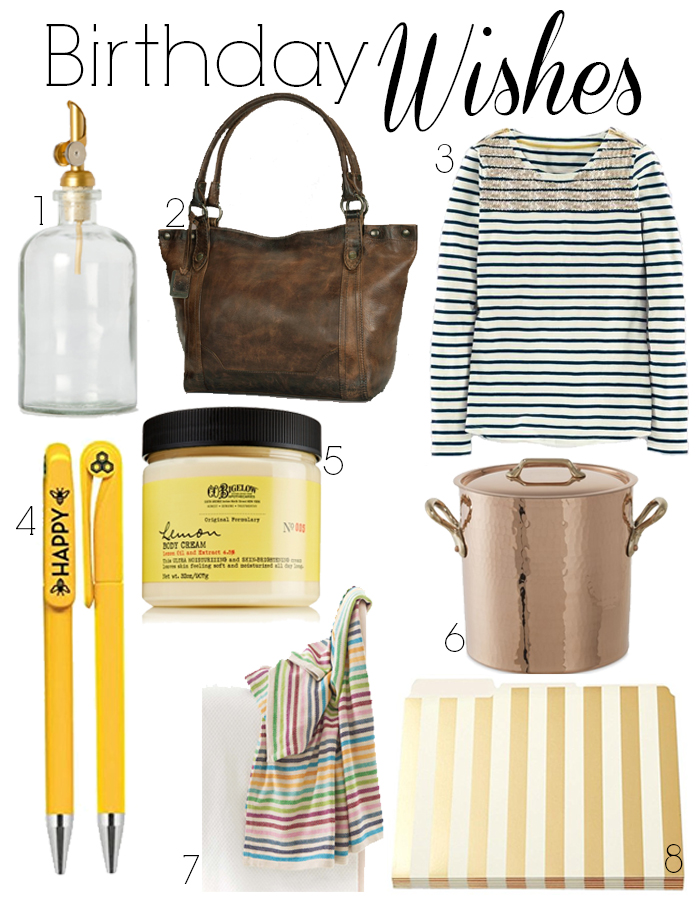 I’m just going to put this out there… My 34th is around the corner. And it’s always fun to day dream, am I right?

1. Dying for this recycled glass oil dispenser for my new kitchen. Used as a soap dispenser… how brilliant!

2. I fell in love with this Fyre bag in Montana, and I can’t stop thinking about it. Love the rustic rich leather. Perfect for fall!

3. Stripes always make me happy. Gold sequins on top? Brings it to a whole new level.

4. I’m completely obsessed with these pens and could use a few more.

6. Dreaming big on this one… and that dream would be filled with rich stocks and soups bubbling away in this copper stock pot from Williams-Sonoma.

7. We are in desperate need to update our throws and this rainbow stripe one would brighten any room.

8. Always good to stay organized, and gold stripes make that much more fun.

Anyone else have a birthday coming up soon? I’d love to know what you’re wishing for! Leave a comment for me with a few of the items on your birthday wish list! 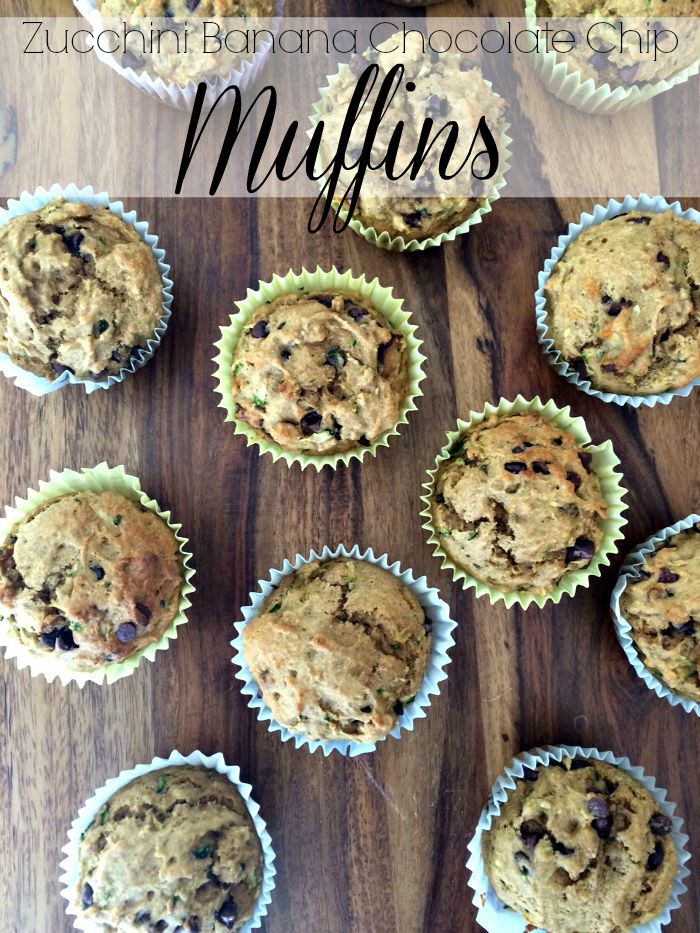 I love recipes that make me feel like a better mom. We all need those from time to time, right?

This is one of those recipes.

See, it all started with these mini muffins. They have been such a hit with dear family and friends. Yippee! Nothing makes me happier.

So then I thought… what if I could up the health factor even more? I had a plethora of zucchini (shhh!) dying to be used up. There had to be some kind of awesome muffin that could aid in that. 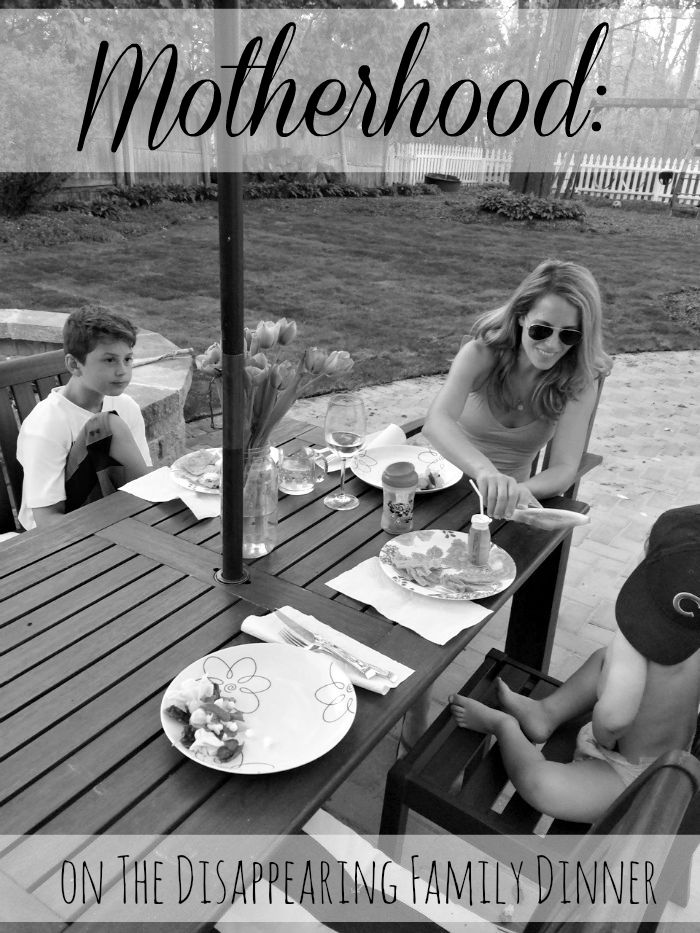 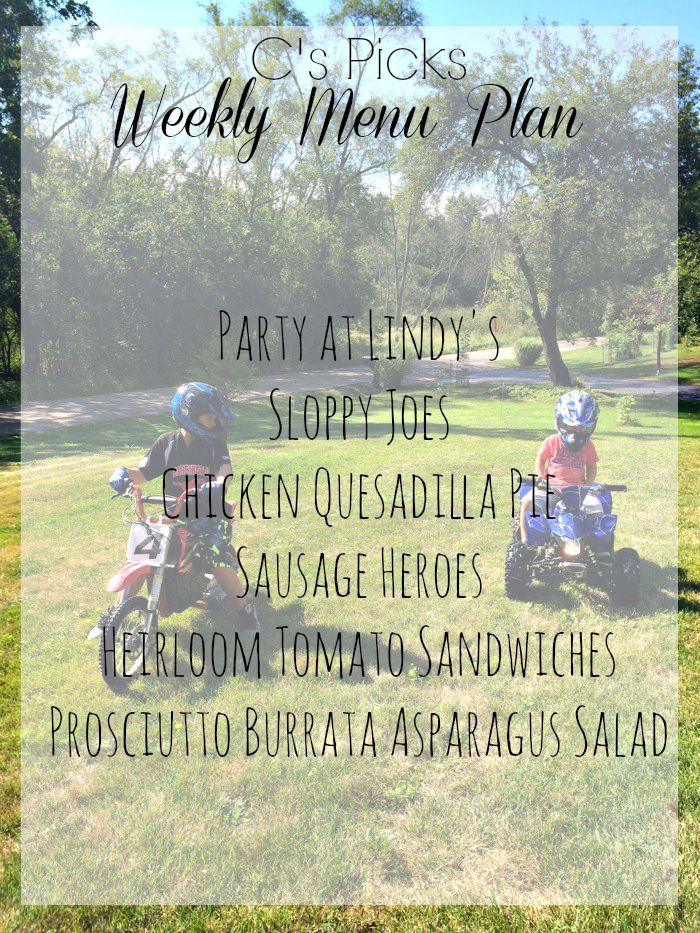 Alright, it’s Sunday morning and that means it’s time to plan! Who is with me? I hope you can steal away for 20 minutes just to yourself to help sort through your week and get your menu plan together. Trust me, I know, it’s hard! Yet it makes all the difference come Monday. Here is what’s going down in our kitchen this week.

I’m writing more about this in a brand new motherhood post tomorrow, but dinner has been challenging lately. For a while you are going to see some very quick cooking meals around here, which I hope you find helpful!

Sunday night we will be partying it up at Lindy’s! Let B’s third birthday celebration continue – yippee! Plenty of friends, family, coconut shrimp, and margaritas. All good things.

On Monday we’re going old school with some good old fashioned sloppy joes. Perfect for M and for the football crazed boys. And I love that I can sneak in a bunch of chopped vegetables fresh from the market.

This chicken quesadilla pie comes together in 15 minutes and uses my favorite short cut, the rotisserie chicken. Perfect for Tuesday night!

Love, love, love the idea of these sausage heroes. They’ll keep everyone in the family happy on Wednesday night.

On Thursday we will be dining on these heirloom tomato sandwiches, i.e. what I want to eat every night of the summer.

And that brings us to Friday and to a fun girls night in! Plenty of platters that look like this Prosciutto Burrata Asparagus Salad will be set out for everyone to enjoy. I can’t wait. I’m also thinking a massive pitcher of this Mixed Berry Limoncello Sangria. Oh la la!

So what do you think? Do you like these quicker meal options? I hope so! Share a comment and let me know what’ll be cooking in your kitchen this week! 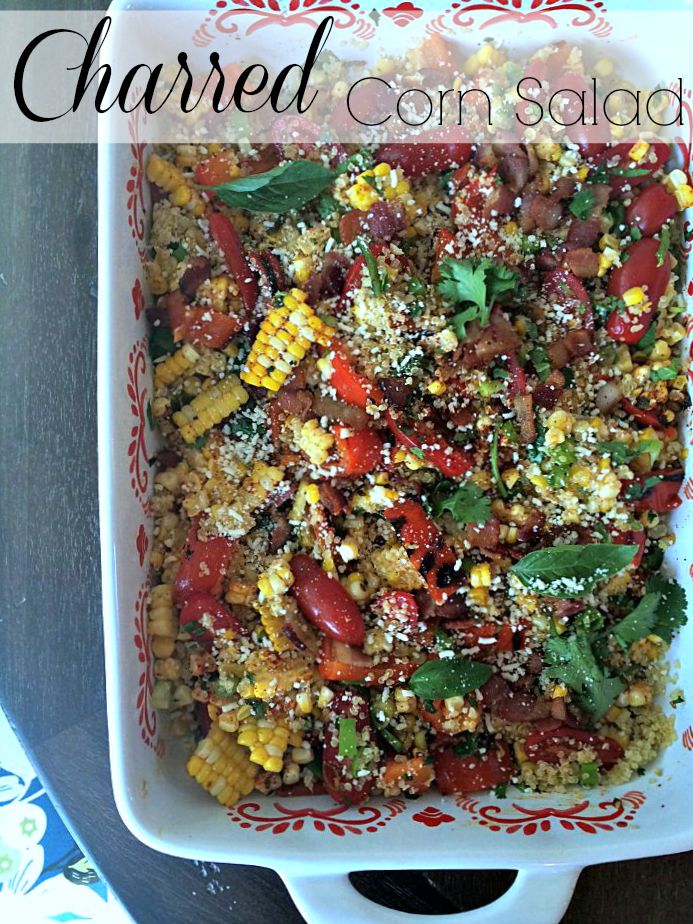 Anyone entertaining this weekend?

Cool. Let’s get this bad boy in your rotation.

This charred corn salad has a lot going on – just like you. We’ve got charred on the grill corn, jalapenos, and red peppers to start. They are mixed up with some heart healthy quinoa to give the dish even more substance. Add in some fresh greens like basil, cilantro, green onions. Oh, and let’s top the whole things off with bacon and cotija cheese, shall we? Yes. Yes, we shall.

Pair this dish next to your favorite grilled ribs, burgers, chicken, anything, and you’ve got yourself the essence of summer all tossed together in one killer dish.

Happy weekend (and entertaining!) everyone!