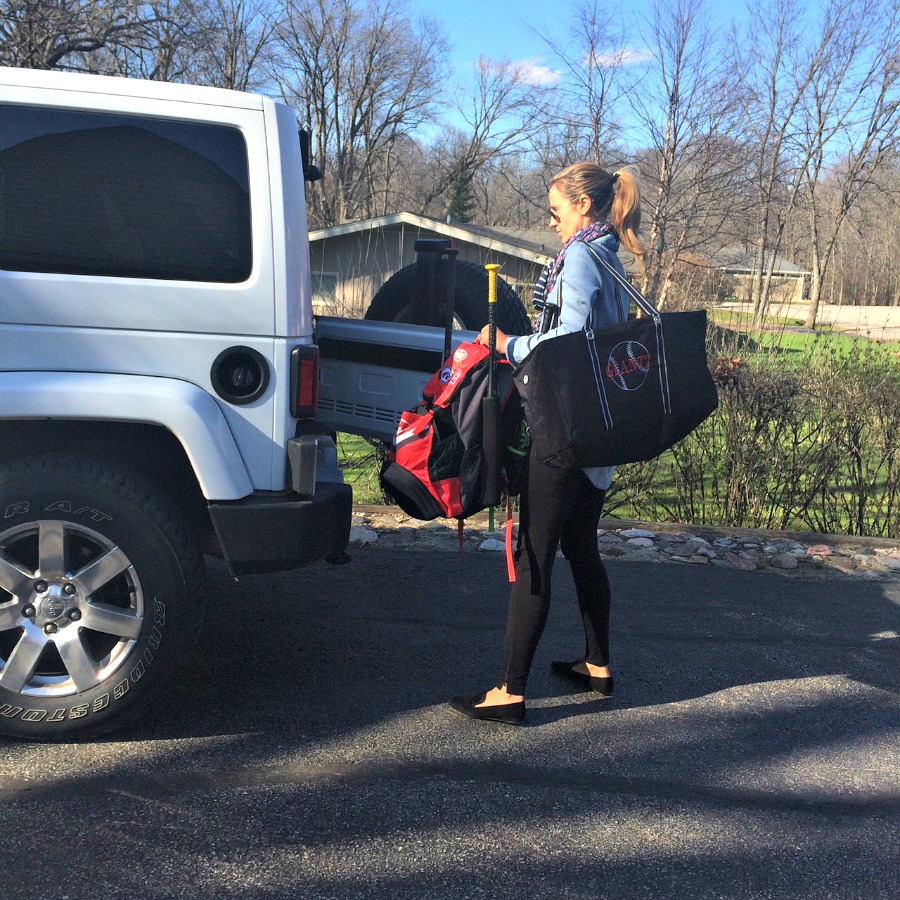 Look, I get it. When your kid is on the field it’s like a piece of your own heart out there. You want to see them succeed and be happy and be confident in every possible way. I completely get it. And I am with you.

In my now seven years of game experience between football and baseball I have attended, oh gosh, hundreds of games with my two boys. And I have learned a lot along the way. I’d like to think I’ve grown, with some bumps along the way, into an acceptable version of a sport mom. This isn’t to say I will be perfect going forward (deep emotions concerning your child can do strange things to you) but I’d like to think I’ve come up with some pretty good suggestions and guidelines. Since we spend a lot of time there let’s try and put our best foot forward ladies. Without further ado, how to be the coolest mom in the bleachers…

(And please, please, like everything I write take all of this with a gigantic grain of salt. I literally write this stuff to make myself laugh in my kitchen and I hope it makes you chuckle a little too).

Don’t yell and be a spazz. Seriously, just don’t. First of all, you’re loud. And secondly, I promise you it’s too intense. I’ve played back video of myself taping the boys and my voice literally sounds like I should be teaching 7th grade PE. Not your best moment Courtney.

Don’t go on the field. Ever. So, if your kid is hurt I get it. You want to run out there. BUT the coaches will handle it and bring your child to you if they really need mom’s attention. Also, going on to the field to argue with a coach probably isn’t the best idea either. This maaaaaaaaaaaaaay or may not have happened during one of Logan’s flag football games. I still stand by my point but it should have been said post game. Not, um, mid game. Yikes.

Don’t hug and kiss them near the dugout and/or call them embarassing nicknames. But they are just so. darn. cute. in their uniforms, aren’t they? Be cool though, be cool. I will never forget when Logan asked me to stop calling him ‘Logie’ at the games. Ok dude, why don’t you just stab me in the arm. Because that would hurt less.

Don’t argue with the (volunteer) Dad coach. This goes back to my (possible) mid game appearance on the field (ahem) but at the end of the day, 99% of these dads are volunteering A TON of time and they (generally) really do want what is best for the team. If you don’t agree with something the coach is doing, sleep on it, then address it in a mature adult like manner. If you are still having difficulties, lower your expectations for the season (I realize this is easier said than done) then reevaluate for next time. You aren’t going to have an ideal coaching experience for every kid for every year for every sport. It’s just not going to happen.

Don’t brag about your kid. I’m sure he or she is great. And other people care I’m sure, but not like a lot. Let the kids performance speak for itself.

Don’t over pack. I mean, I realize it takes a lot to get through a tournament weekend (like a U-Haul trucks worth) but try to keep it contained. You don’t want to be known as the crazy bag lady. Which of course I completely am.

Don’t under pack. Having nothing really doesn’t work well either. Appropriate clothing for the weather for your entire family is appreciated. Also, having cash for the concession stand is helpful so your people can at least drink and eat. Hot pretzels for the win!

Don’t expect the coach to teach your child what a bat/ball is. They need to come to the game with some understanding of it all. For example, knowing which side of the plate to stand on is helpful and takes all of two minutes at home to explain. We can do this moms. Let’s not drive the dad coaches to drink……more than they already do.

Don’t feed them weird snacks in the dugout. One time I gave Logan a carton of raspberries and his coach looked at me like I had literally lost my mind. Ok, FINE. I was just trying to keep things a little healthier. Consume the nachos with cheese, goodness. That’ll make him run faster.

Don’t leave your kids gear behind. The coach already has to handle all of the equipment and the line up and the league meetings and well, basically everything. He is not a walking lost and found. Keep track of your kids stuff, more importantly teach them to do so. Label. Everything.

Don’t skip a game without letting your coach know. It takes two seconds to check no or yes in Team Snap. Get it done mamas.

Don’t talk about another kid on the team at the game (or ever, really). I cringe. This has happened to me and I still think about how hurtful it was it to this day. Just. Don’t. Do. It. You are better than this.

Don’t go overboard with the team spirit wear. A nice baseball tee with your kids number is sweet. Bedazzling your entire self from head to toe including bags is weird.

Don’t engage in cross team antics. I recall a game against one of Logan’s teams rivals that went a little strange and their coach (not ours, ahem) got ejected from the game. Us moms could not help but respond by clapping because oh my goodness was he ridiculous and yet we were immediately reminded by our coaches that wasn’t appropriate either. We are better than this. Lesson learned, thank you Coach Gryzlo.

DO keep things in perspective. At the end of the day it boils down to the most basic of things: young kids playing games and trying to have fun. That should always be the primary focus. This is not time to relive our glory days (I had none to relive, but still). I’ve found in general it’s best to keep things light and fun and far from intense. Because kids pick up on that stuff pretty easily, and most already put enough pressure on themselves. They don’t need any parent drama in the mix.

And remember, when all else fails, everyone loves a good homemade chocolate chip cookie. Just saying.

Have fun out there!
C