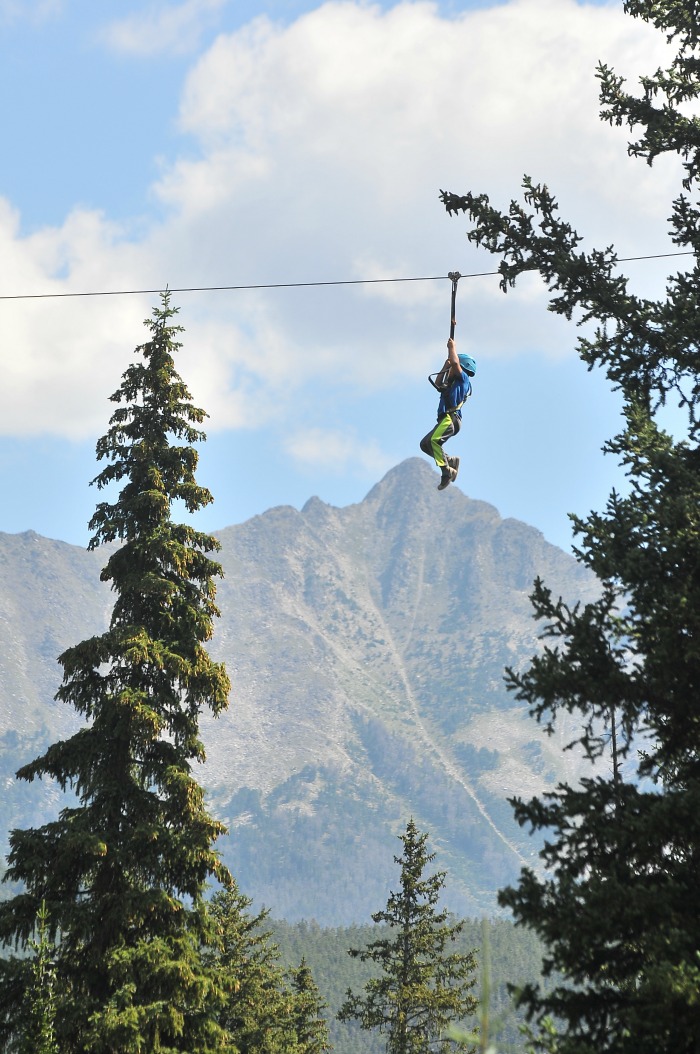 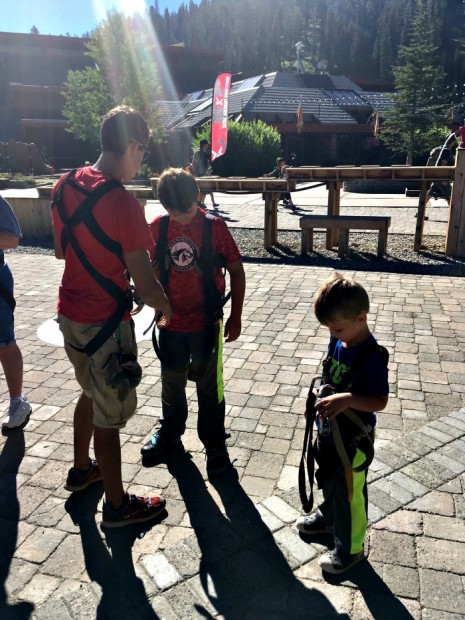 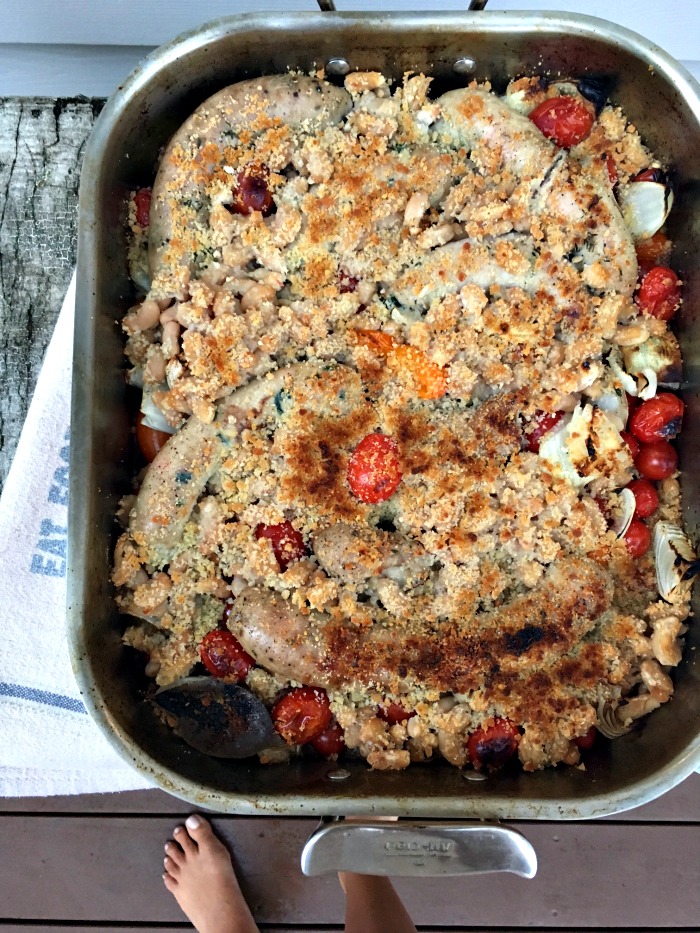 Ah my devotion to the one tray dishes never seems to fade. The ease of throwing everything into one large massive dish and into a hot oven to roast away is just too lovely, don’t you think?

The flavors in this dish are a total knock out. Think fresh herbs, summery tomatoes, chunks of onion, good sausages, white beans, and parmesan crusted (gluten free) panko bread crumbs sprinkled on top to seal the deal. Serious comfort food which, if you’re anything like me, you haven’t exactly been making lately.

Yet it was nice to give the overused grill a break for one dreary night and in between driving the boys back and forth to town four times a day in construction (why, WHY) the comfort was just a tiny bit needed. Well that, and a glass of pinot noir. Which just happened to go too perfectly.

A perfect easy one tray family recipe just in time for back to school. This one will be in serious rotation around here. 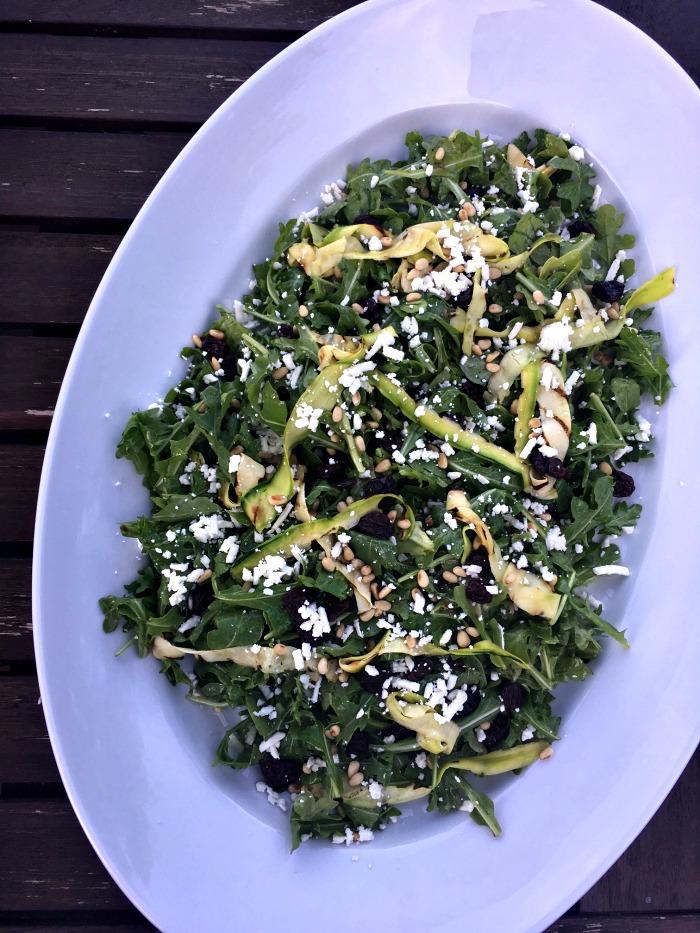 I love when something so basic elevates something as simple as a summer salad to the next level.

So easy to make, simply slice with a vegetable peeler, rub with a little olive oil, salt, and pepper and cook lightly on either side. I threw mine on a low grill pan to get the pretty char marks.

Where you go from there is up to you. I wanted to show off the ribbons so to speak so I dressed everything up on a large white flat platter. My base was baby arugula because it’s so cute, then the oh so pretty ribbons, dried cherries, feta, and toasted pine nuts. Dressing I went with my go to house vinaigrette, heavy on the fresh basil. It’s the best dressing ever, by the way.

Look at the end result! LOVE. It was delicious. And hey, do you really need anything else for dinner? I could eat the whole platter myself. Yet we had company and the salad could only stretch so far so I paired it with our best ever grilled chicken and Ina’s perfect one pot potatoes, (a staple in our home). An oh so lovely meal which paired perfectly with our oh so lovely company. 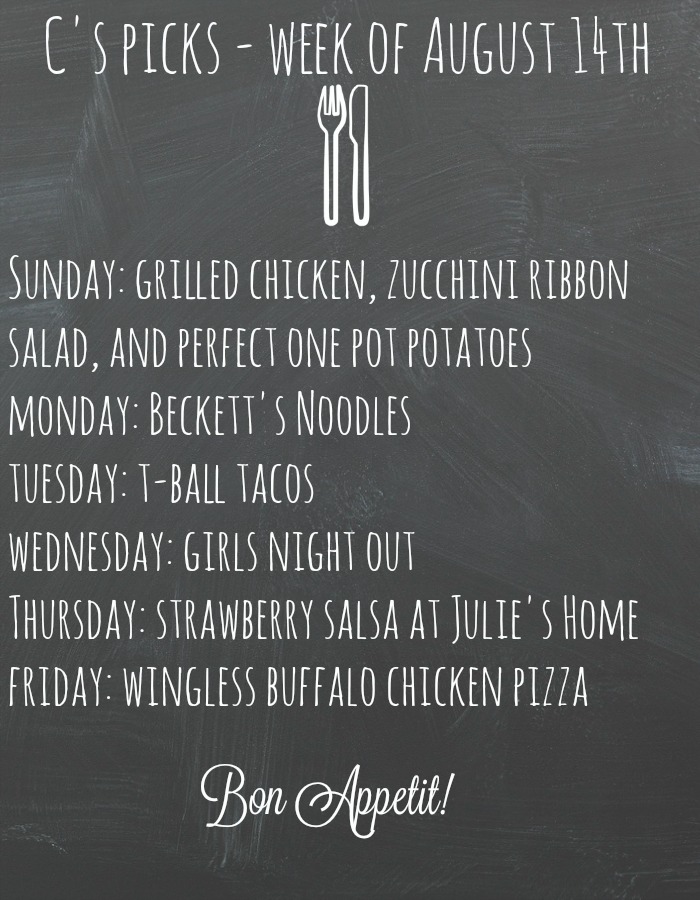 Oh my goodness does it feel good to be back in the ALFS saddle! Creating content, editing photos, making a meal plan. Happy happy mama. I so appreciated those of you who expressed they missed these weekly Sunday posts, makes me feel like what I’m doing around here is helpful for your own family and that makes me oh so happy.

We are still in summer mode over here and with football almost every night (SOB!) dinners have been tricky. I normally give L a big snack before he goes, cook for M, B, and myself and then give him leftovers when he arrives home. Not ideal but we are making it work.

Let’s stick with some of our favorites this week, shall we? Oldies but goodies these recipes keep the boys in my life happy.

To start, Sunday we are having some oh so lovely friends by to play and eat. I’m think my classic best ever grilled chicken, perfect one pot herbed potatoes, and this absolutely beautiful zucchini salad. I’m drooling already.

Almost every night B asks me to make ‘the noodles.’ What that exactly is consists of a homemade slow cooker marinara sauce (i.e. your home smells insane all day). At the end you throw in fresh tortellini, parm, and everyone is happy.

Another oh so easy classic family recipe would be our t-ball tacos. I keep mine light and fit by serving it over mixed greens. Ole!

A long awaited girls night out with some pre school friends is oh so happening Wednesday night. I can’t wait.

To continue the never ending summer social calendar, I’m heading to my darling neighbors home while all the boys head to football. I’m hoping to bring my favorite strawberry salsa because….SUMMER!

Ah, Friday. Can you believe we’ve been in the new home for over a month and haven’t made our pizza? That all changes this Friday.

Happy meal planning everyone – I can almost feel the routine and structure settling back in. Whew!
C 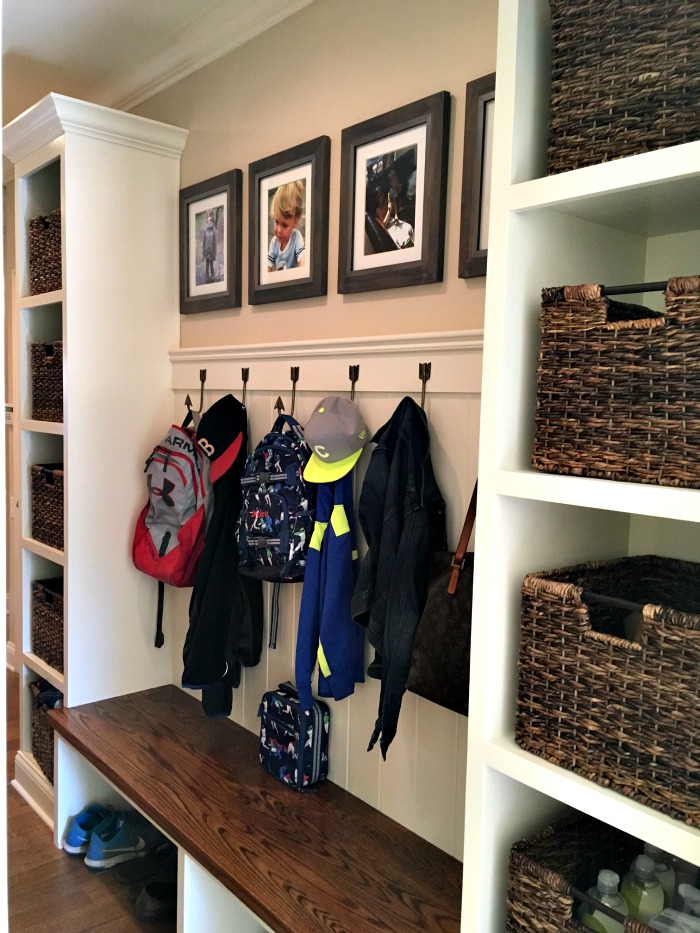 I’ve received a lot of interest and buzz around our recent mudroom renovation so I thought I’d share some additional photos and details on the blog for anyone that may be interested in creating their own.

We moved to this home about a month ago and it may be, quite possibly, they absolutely best designed home for us without me actually designing it. Who knew. The only thing it was missing that our family absolutely needed was a mudroom. We added one to our past home about two years prior and it was life changing for the way we entered and exited the home. You know what I’m talking about, right? When all four – or five – or six of you are piled on top of each other and one can’t find one shoe, and one can’t find his favorite hat, and the little one falls over trying to put on a shoe, and dad can’t find his key, and so on and so forth.

The concept of the mudroom is fairly new and most homes, at least the all the ones we viewed on the market, were lacking one. I made our Christmas card worthy contractor promise he would be there the day we closed to get started. Here is how it all went down.

Hope this helps anyone interested in taking the mudroom plunge. I have to say, it’s one of my favorite spaces in the home!