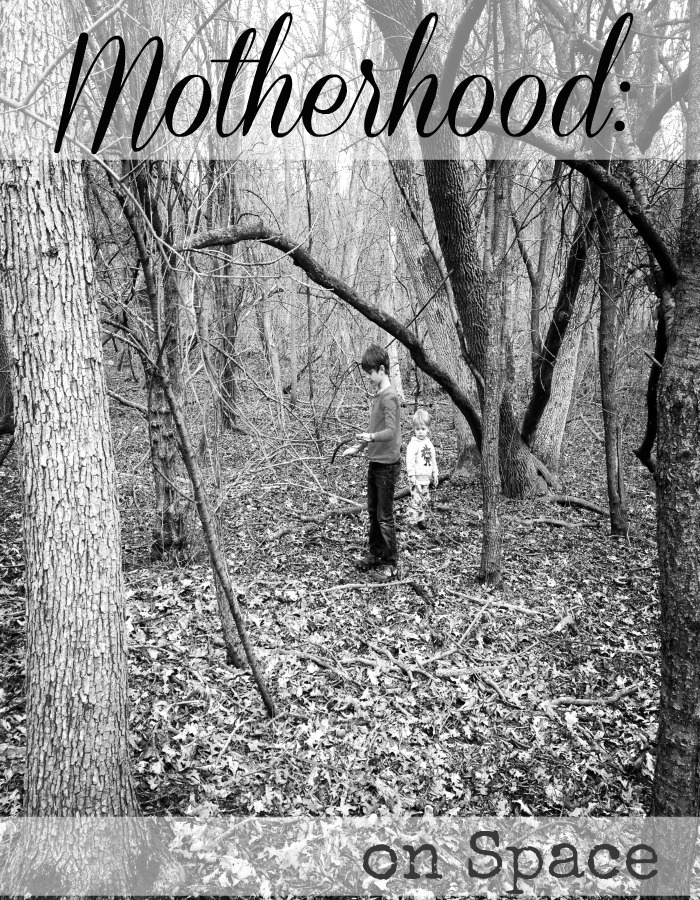 Someone recently sent me Jen Hatmaker’s Mother’s Day speech at Willow Creek church. So much of it struck home with me, like basically every part. She has this sort of free range view on motherhood which I could not relate to more. She loves her boys to boys. She loves them ‘rough and tumbled and dirty and dumb.’

Not like, actually dumb. But dumb with their weird kid ideas.

You know what I’m talking about, right?

The other day I came outside to B driving his tractor down the road while pulling L, who was riding a scooter that had been attached to the tractor via two brooms. Yep.

Kid dumb. And I love it. I love it so much that I don’t step in, even though my two year old is driving down the road. (To be fair, he generally knows the rules and boundaries and we live on a quiet(ish) street). But still. A large part of me knows this won’t end well, as it generally doesn’t, but I’m giving them the space to work it out on their own. Sure enough B drove off the road and L went flying into the woods, but so is the world of boys I’ve come to expect.

Then Jen hit me with this:

In our time, in our generation, this thing we do – micromanaging every last detail in striving for some inventive perfect life where our kids never have to struggle and never have to fail. You know what it is? It’s a shame. The whole thing is a shame. Not only is that the illusion of control but I truly believe we are doing a disservice to our kids to sanitize their lives and cushion every blow.

Micromanaging kids stresses. me. the. heck. out. Look, we can’t – we shouldn’t – be on top of our kids all day every day. It’s an unrealistic goal to set and will do nothing but drive you to a loony bin and your kids to God knows where. I’m a firm believer that my boys need space from me to be able to grow into themselves. Some of their best play time is when I’m not in sight, hiding in the corner. I get a kick out of listening from afar, hearing problems come up, and watching them figure out solutions.

Sometimes it’s B wailing outside because he fell, like always, and big brother L will come running to the rescue.

Sometimes it’s the occasional friend issue at school. Instead of trying to fix it, I listen to what L will tell me, and I let it play out. I don’t try to solve it or dig deeper. I show L that I have the confidence in him to figure it out, which he typically does.

I’ve had friends over and my boys have just run out the front door and my friends instantly panicked. Where are they going? What are they doing? You’re just ok with letting them… leave?

I shrug. Well, I can’t tell you exactly for sure what they are up to but generally, they fend pretty well for themselves. And they (basically) know the boundaries, even the 2 (almost 3!) year old, and it typically ends with B coming home in tears over some drama that occurred during the neighborhood play. ‘Ryder was meeeeeean to me. L was meeeeeean to me. I want my ballllllllllll.’ Ok then.

Of course there are moments to step in. The letter home from school, the tears over not making the team, taking off on their bikes alone without helmets, etc., but overall I’m sticking with the old school theory of raising kids vs. parenting them.

My boys will have the freedom to move, to breathe, to think, and most importantly, to fail and make mistakes all on their own independent of mom and dad. I will be there to pick up the pieces and guide them from there but I truly believe that it’s all about that space that leads to some pretty kick-ass kids, and fingers crossed, adults.