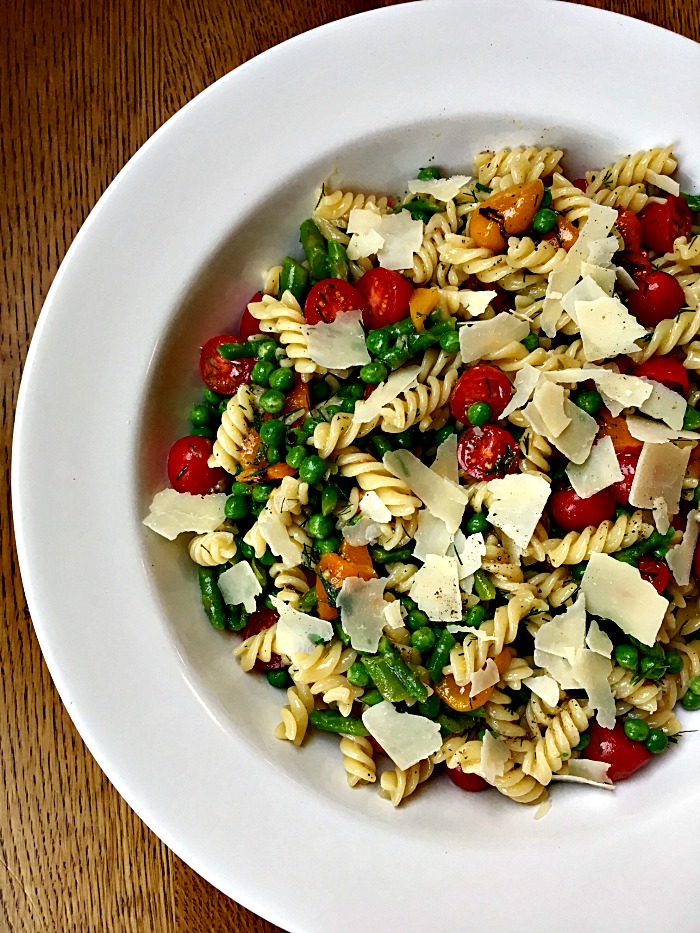 Take the freshest spring veggies (think asparagus and peas) and toss together with some delicious herbs and a zippy vinaigrette and you’ve got yourself the perfect side to practically anything you can throw on the grill. Chicken….salmon…..skirt steak.

Even M, the hater of all ‘pasta salads’ gobbled this one up. I’ll consider that a major win in my book.

Hurry up, get this spring pasta salad going this week! These fresh flavors won’t last long.

For the dressing: In a small bowl, whisk together the olive oil, Dijon, honey, garlic, lemon zest and juice, and season with salt and pepper.

For the pasta: Cook the pasta accordingly to package directions. During the last two minutes, throw in the asparagus to cook quickly. Drain, and rinse everything under icy cold water to stop the cooking process.

Toss the drained pasta and asparagus with peas, roasted peppers, tomatoes, shallots and dill. Pour the dressing over the salad, tossing to coat. Let the salad hang out for a bit to soak up all of the flavor.

When ready to serve, bowl it up and shave some parmesan over the top. Enjoy! 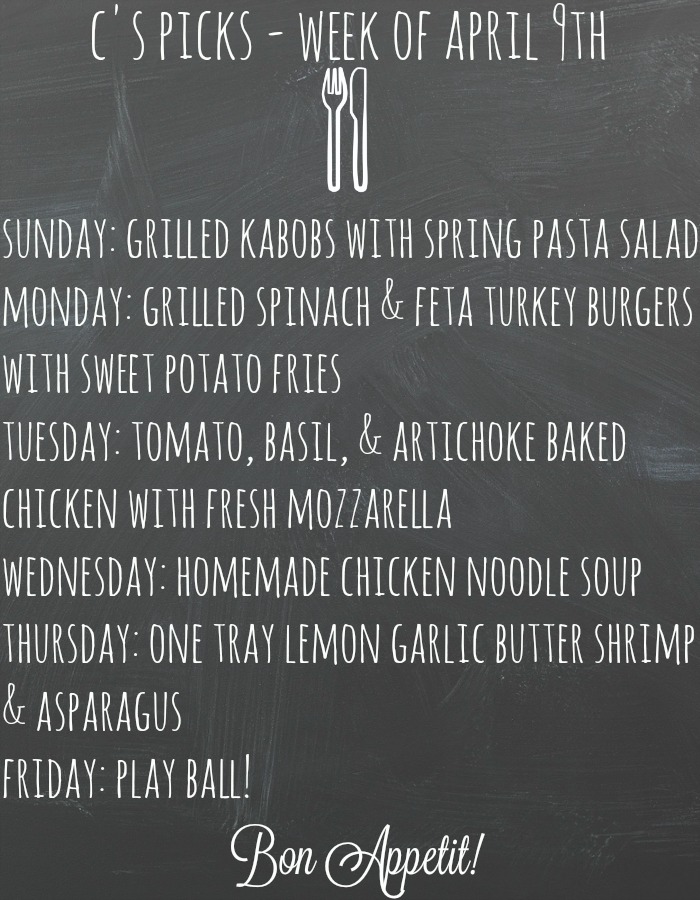 Happy Sunday everyone! Hope you are having a wonderful spring weekend. Loving the temperatures and so loving the sunshine. Now it’s time to get things in order for the week. I hope this line up helps you menu plan for your own family. Let’s do this!

Sunday sounds like a perfect night to get some chicken and steak kabobs on the grill along next to this new delicious spring pasta salad. All you need!

Monday let’s fire up the grill again. Testing out these spinach and feta grilled turkey burgers (um, how can they be bad) along with some sweet potato fries. Gosh summer cooking feels good, doesn’t it?

Tuesday night let’s go with a one tray chicken, artichoke, tomato, basil, and fresh mozzarella bake. I have a feeling this is going to be in serious rotation around here.

Things cool down Wednesday so let’s get an old classic going on the stove. Homemade chicken noodle soup. Never lets you down.

Drooling over this one tray lemon shrimp and asparagus bake. So pretty and so perfect for spring! Serving it up Thursday night.

And that brings us to Friday. We have a 6:00 game (pray it’s not freezing). Not sure exact dinner plans but if all else falls, these sweet and spicy chicken thighs will be kept warm in the slow cooker. Our go to answer during baseball season.

That’s a wrap! Tell me, anything sound good?
C 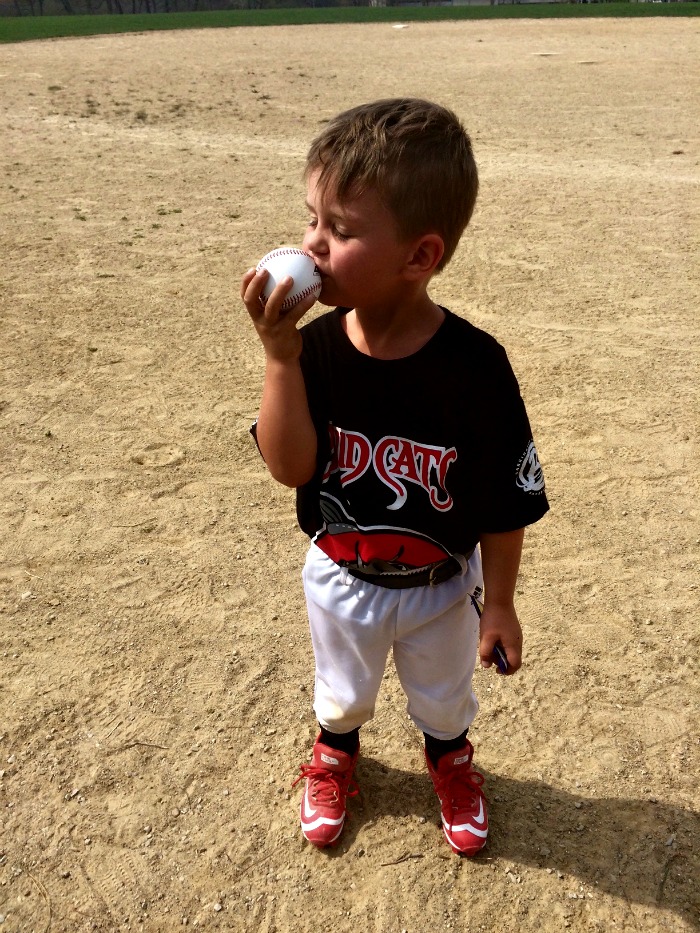 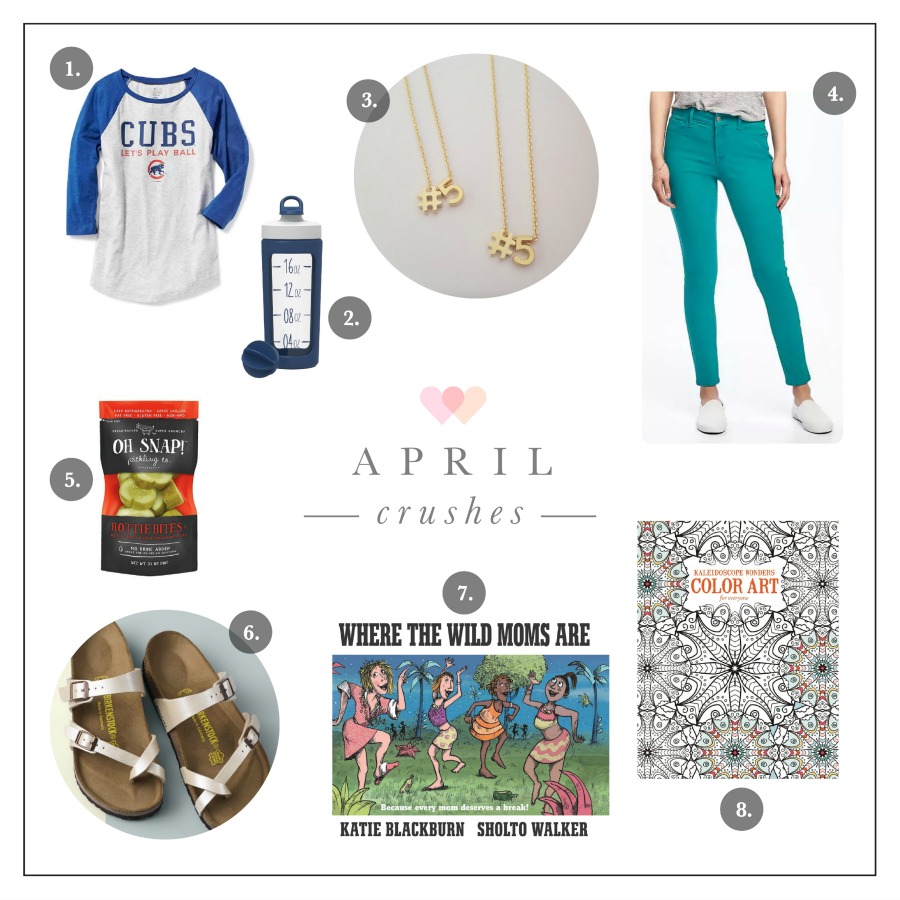 And just like that we’re into April, crazy right? Wasn’t it just Christmas? I don’t understand where the time goes but I do know the next few months are going to fly by. Spring and summer always seems to. Slowing down for a moment to think about what’s making me smile this month. Without further ado, my April crushes!

That’s a wrap! Tell me, any must haves?
C 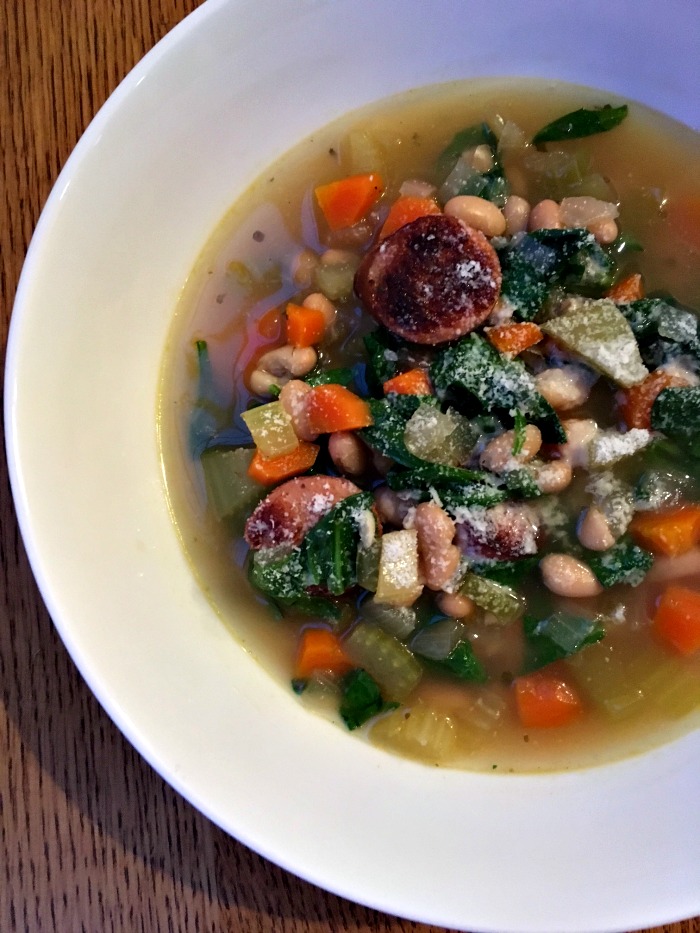 And just like that, spring break is over. This Monday sure is a harsh reality. Back to school, packing lunches, laundry, and of course….dreary weather. Chicago? You sure don’t make it easy to come home to.

Yet sometimes the comforts of home sure are welcoming. Your own bed. Your DVR. And yes of course, your slow cooker.

If there is any day for a good comforting bowl of soup it’s this particular Monday. This one leans light because it is spring, but, has the comfort and health that you love to find in a great bowl of soup. We topped ours with fresh parmesan and served with warmed up Naan bread for dipping.

Sure it wasn’t freshly grilled fish straight from the ocean, but, it was oh so nice in it’s own way.

Happy back to reality friends!

Cover and cook on low heat for 7-8 hours or high heat for 3-4 hours. Stir in spinach until wilted and serve in deep bowl topped with parmesan.