As I mentioned in C’s picks, I made an old family favorite recipe on Easter – baked ham sandwiches.

This is probably the third time or so that I’ve made these in my home and yet every single time I get questioned by M. It’s not the first kitchen tiff we’ve had, but similar ones to seem to pop up here and there.

See, the problem is that he doesn’t like swiss cheese or mustard, which are both apart of the recipe. I know this, so plan to adjust, i.e. no swiss cheese (muenster instead) and no mustard. To me, it’s not rocket science. I adjust for his preferences roughly 90% of the meals I prepare. And yet every single time we have a similar conversation:

C: I’m going to make my mom’s baked ham sandwiches for Easter, thought they would be perfect this year – low key, easy, ham…

M: I don’t like the swiss cheese though. Or the mustard.

C: (gritting my teeth) I know. That is why I always change yours to meunster, which you do love, and butter.

M: That’s right. Ok then (as he carefully eyes me preparing the sandwiches one by one and wrapping them in foil). Hey, how are you going to separate mine from the rest?

He does that to me, asks questions like that. I take them as he literally thinks I must have the IQ of a toddler. I mean, really? Oh gosh – I have NO idea, however will I make sure you get the right sandwich?!? It’s going to be so hard to figure that problem out. I mean, all the foil looks the same and if I mix them on a tray who knows what will happen?! Maybe L can help me solve this one…?!

He can see I’m getting irritated by my temper tantrum of a response and he insists he is just curious. (Really? Is that interesting to you? Have I ever fed you swiss cheese?).

I then chuckle to myself as I turn to the fridge to put them away till bake time. See, anytime I have to separate M’s food from the rest of the less picky people that will be consuming the meal I always put his item on the left. In the fridge, the oven, the platter…etc. Mine goes on the right. Because it’s the right way to eat.

There M. I solved the problem and you finally have your answer.

Write a review
Save Recipe
Print
Ingredients
Instructions
By my mom
A Life From Scratch. http://a-life-from-scratch.com/ 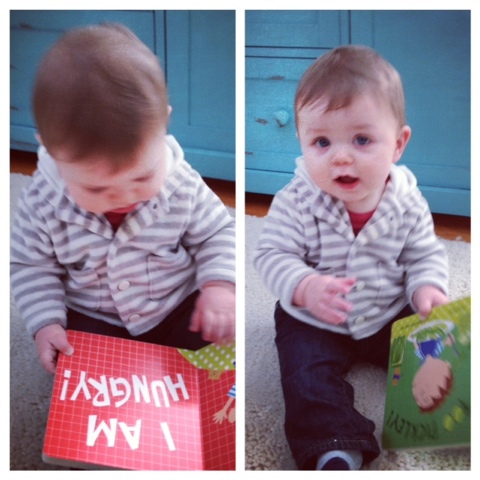 Remember awhile back when I shared with you an adorable book for little foodie’s to be?

Well, here is round two.

Meet ‘Too Pickley!‘ This book is delightfully illustrated and takes your little gourmand to be on a journey of finding just the right thing to eat. Because hey, it’s OK to be picky and demand good food. I hope B knows he’ll have that option with me.

Thank you again, superstar friend Heidi, for her thoughtfulness in picking this up for no particular reason. As you can see, B eats it up.

Hope this helps someone in need of a perfect little foodie gift.