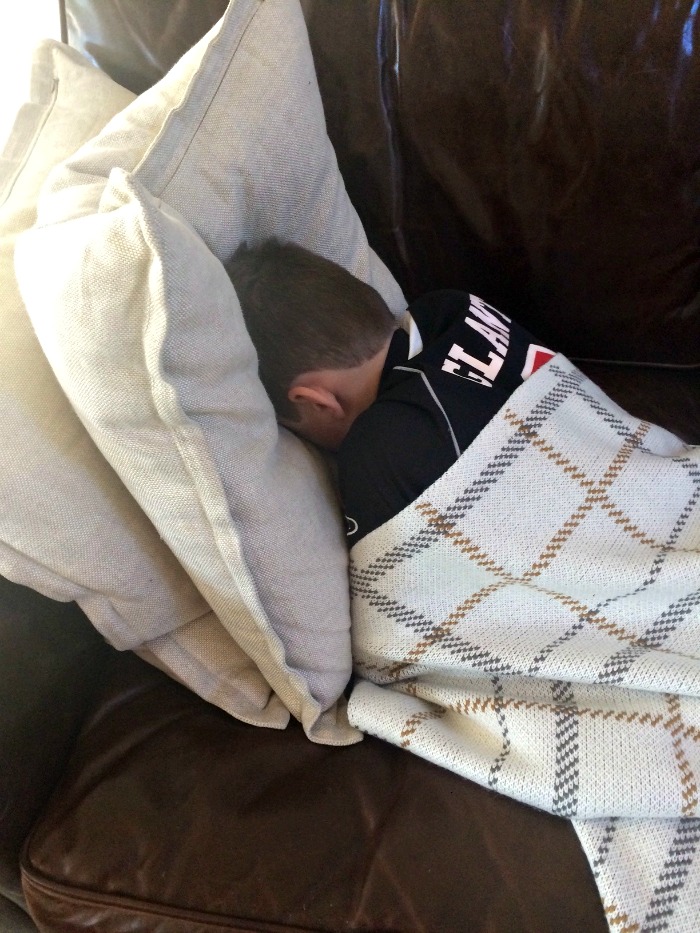 As a parent, encouraging our kids to do their best is a natural instinct; of course, we want them to succeed, to find their place and source of happiness in this world. But I also think about the challenge of teaching B and L how to accept defeat gracefully when winning simply isn’t in the cards for them all the time. This is a topic that some may be afraid to touch, because it is tricky. And I’m still navigating it all.

Let’s be honest, success isn’t guaranteed – and failure can become one of our greatest teachers if we embrace it in a healthy way, maintaining our composure and confidence. Some of the greatest athletes in the world (Michael Jordan is the example that stands out for me) have been vocal in sharing how failure actually propelled them to success.

Right now you may be thinking, sure, that sounds great…but it’s a lot easier said than done. So I would like to share some tips with you that I’ve picked up along the way as my little dynamos have become more deeply entrenched in sports year after year.

Don’t forgo the fun. That’s right, fun! …because after all, these are kids we’re talking about, and their sports should be, first and foremost, fun. Why place undue pressure on them? If I (or ahem, M) were ever tempted to push B and L too hard, I ask myself, are the stakes for winning really so high in this situation? And the answer is always a resounding “no!”

It’s my job to remind my boys of this when they are too hard on themselves after a loss. This represents a perfect “…it’s how you play the game” moment for me. The best way to teach them this lesson is in a moment of defeat. I talk to them about why they’re involved in sports (for both the fun and the valuable skills they’re developing) and why it’s truly not about whether you win or lose.

And for the record, they get a post-game treat regardless of the final score. Naturally, mom gets one, too. After all, it never hurts to reward yourself for your fine parent advice, well done!

Keep it positive. We’ve all heard this one before, offer positive reinforcement versus negative. It’s an oldie but goodie for a reason – it works!

My boys would shut down immediately if, in a moment of weakness, I berate them. Because there’s a difference between blistering criticism that can deteriorate their sense of self-worth and constructive criticism that can guide them toward a better outcome next time while assuring them that it’s ok to fail sometimes. In fact, it’s quite healthy to be imperfect! Perfection becomes grating, plus it’s pretty darn boring after awhile.

The conversation also includes both the ways my boys played well and the ways they could improve. I give equal weight to their achievements because I never want to saddle them with doubt in their ability to succeed. The concept is pretty basic, but as I said earlier, it’s solid and it works.

Set the laugh button to “repeat.” Who doesn’t love to laugh? It just plain feels good, and psychologically, it’s a major stress reducer. So it makes sense to encourage laughter during kids’ sports events. L’s never ending ‘MOM I’M HUUUUUUUUNGRY‘ (like he hasn’t been fed in weeks) over and over from the dugout comes to mind. That kid keeps me laughing all game long.

Again, there is no such thing as high stakes in little league or mini-anything athletic. B, L and I laugh a great deal during it all. Now, I want to be clear that, obviously, I’m not laughing at them, their team mates, coach or the other team. Rather, I’m sharing humorous moments with them, and in doing so, demonstrating that they don’t need to take their wins or losses so seriously.

During a recent practice in which L stumbled and tripped a bit, I chuckled and said to him, “that would’ve been one fancy move to throw off your opponents,” and he was able to laugh along with me. It transformed the moment from one of potential embarrassment in front of his peers to one of lightness.

Stress their personal best. That’s what I always tell my boys to strive to achieve – their personal best. That’s the ultimate goal, every single time. In our society, winning tends to be reinforced as the ultimate goal, but expecting to win every single time is unrealistic and can create little monsters or damage self-esteem during those critical formative years.

Personal best, on the other hand, appeals to kids’ sense of individual self while motivating them to continuously improve. It caters to their specific level of athleticism and skill set, instead of lumping them into one massive herd. And it promotes the idea of self-competition rather than glorifying the instinct to simply beat their opponent which, again, is never the goal.

Let me tell you, this concept of personal best also comes in handy in a multiple kid household! The last thing I want to deal with is one of my boys bullying the other; I want them to grow up as comrades, not competitors. There’s enough of that out there in the world, without them struggling with it at home, although even at almost 6 years apart the boys do compete with each other at times which is only natural. (And I don’t count lunging for the last gooey, fresh-from-the-oven chocolate chip cookie, however…that’s fair game).

Boy world comes with enough jockeying and one-upping, thank you very much. When they work toward their personal best, they can strut their stuff without holding anyone else down, including their brother.

I’ve found these tactics work well for B and L, but I’m not one to turn away good advice, so I’d welcome input on how you’ve helped your kids maintain their composure and good spirits in the face of defeat. What else helps your kids? I’d so love to hear!