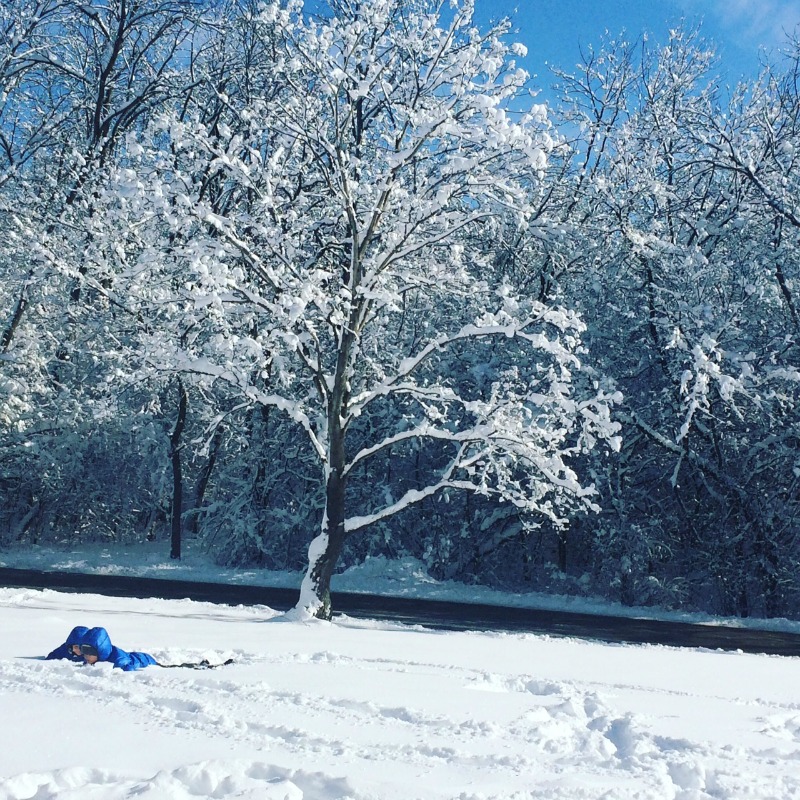 Alright, we’re definitely feeling it now guys. It seems that Mother Nature decided to remind us that we’re deep into the serious winter months in the Midwest. It appears that the snow could start falling at any time, any day, and in the back of all of our minds we know what that means.

Setting: The kids wrapped in blankets in front of the crackling fire, eyes glued to the TV as the local news reporter lists off the various school districts that have the day off tomorrow. Small mountains of snow begin to take form on the roads outside.

I know, I know. Most of the time, the plow drivers are working through the night tirelessly to make sure that people can go about their day in the morning. But there’s always that one night where news stations jump the gun to claim this the ‘Winter Storm of the Decade’ or something like that. That’s right, I’m talking about a snow day, or as it seems most current these days: a deep freeze day. And moms? We need to be ready. I put together some awesome ideas to do with the kids the next time school gets called off! And hey, don’t forget the wine.

I figured the most logical way to divide this post up was to start with ideas that you can do inside and move towards the more adventurous ideas outside (brrr). I saw this one and thought it was incredibly easy and practical! With no more than $10 for the supplies, you can convert any doorway to a paper airplane flight zone. Cue happiest day of Beckett’s life.

All you’ll need to grab is some poster board, tape, a marker, scissors, and construction paper for the planes and you’re set to go. Cut out circular holes in the poster board and label smaller ones with more points (i.e. 100) and bigger ones with less. Just like that, hours of fun spent in the warmth of your own home. 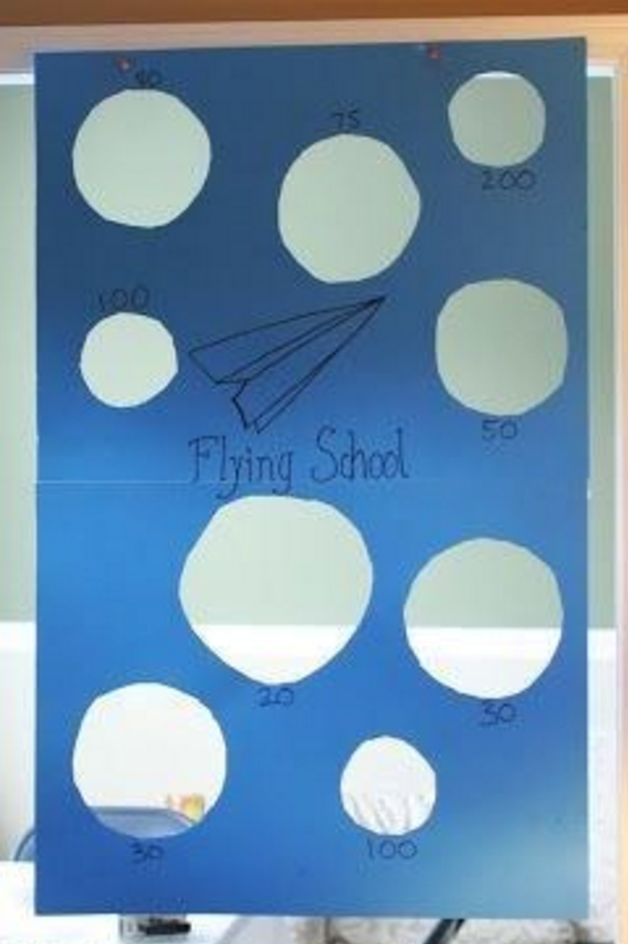 If you’ve resorted to having fun inside, chances are it is pretty darn unbearable outside. This idea gives the kids an opportunity to use a little imagination and can even be fun for adults too! If we can’t camp out, I think it’s time for a camp-in.

If you’ve been camping before, you probably have a kid-sized tent sitting in the garage. Make some space in the room that seems to provide the best campground and set up shop! Make sure to put blankets under the tent so they stay nice and cozy. 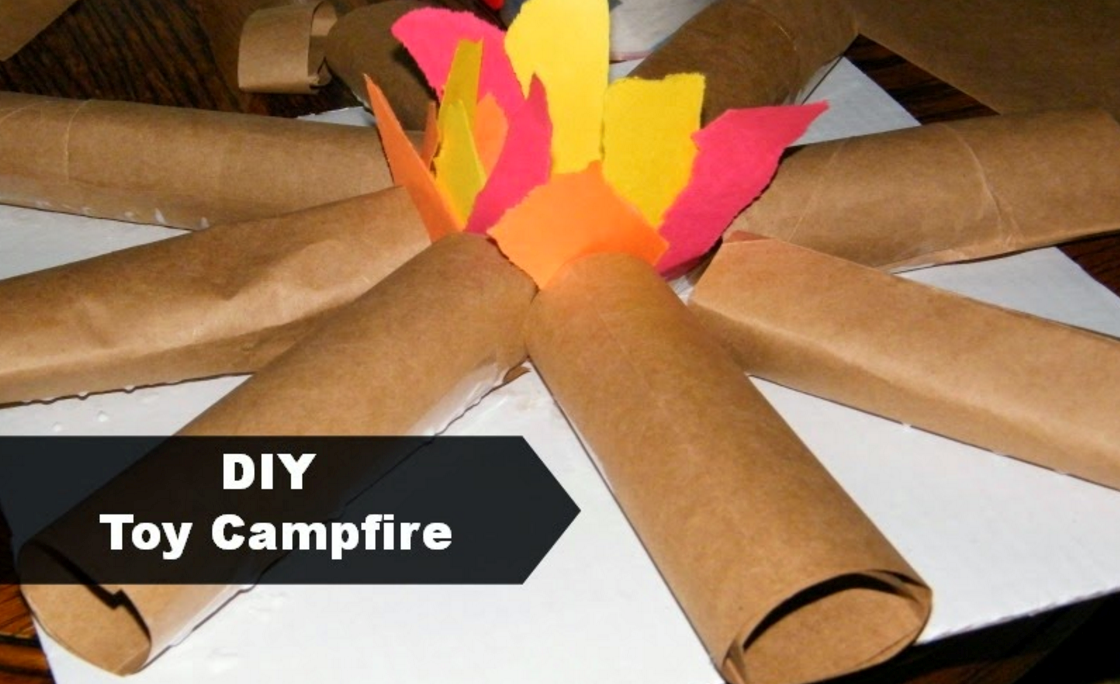 I found an awesome DIY fireplace idea as well and figured it would make a great addition to this idea. Check the recycling bin for a pizza box or square piece of cardboard for the base and some cardboard paper towel tubes from the recycling bin (or any brown paper that can be rolled into tubes). You’ll also need some glue, tape, and some red, orange, and yellow construction paper.

Start by assembling the paper towel tubes into a circle, resembling the logs of the campfire. Put a dab of glue on each piece and attach it to the pizza box base. Rip up rough edges of the colored construction paper to make the flames, and tape the ‘fire’ to the middle of the log circle.

Check around to see if you have any battery powered candles lying around, and put it in the middle of all of this and boom. Fire!

Attach marshmallows to the end of sticks and pretend roast them with the kids and have a blast at your newly created indoor campsite! 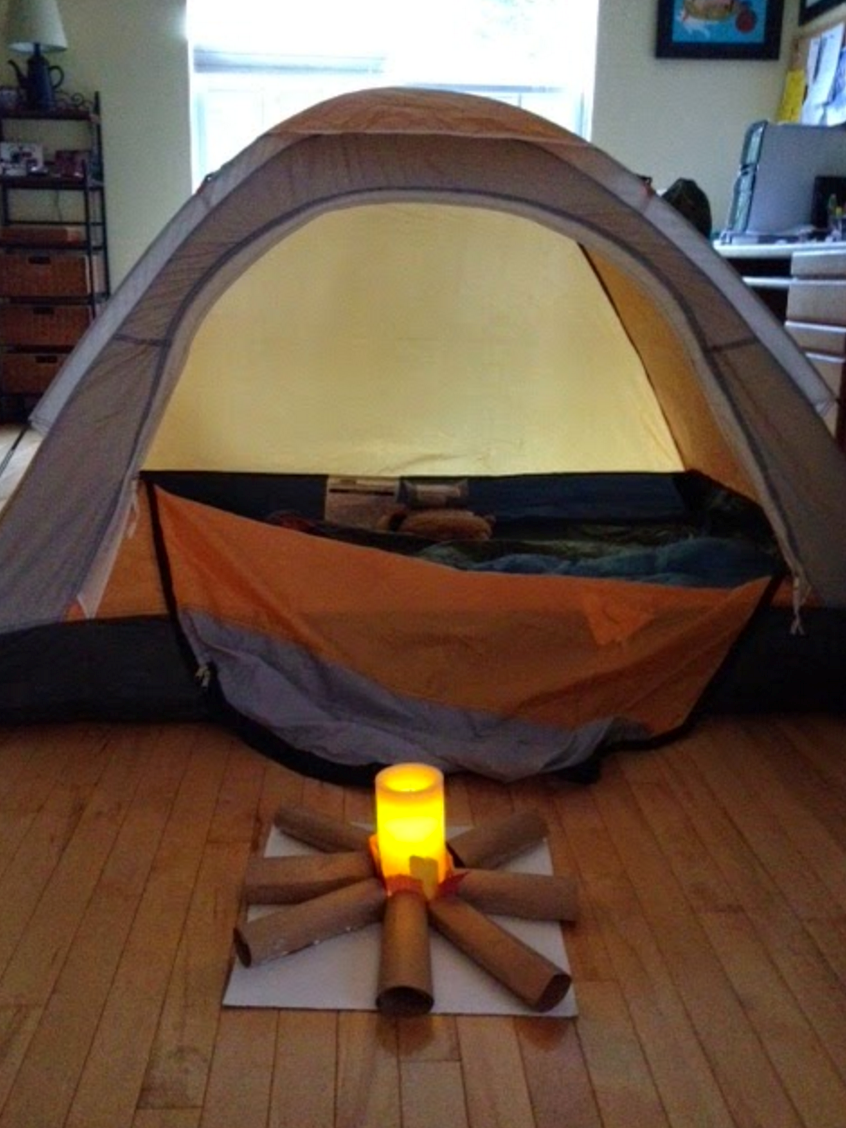 It’s also an awesome time to break out the board games and spend an hour or two getting into bouts of Clue or Monopoly. Use your imagination here! The indoors can definitely become the place to be with these ideas for the next deep freeze.

If you’re feeling extra adventurous and are able to bundle everyone up enough to enter the frozen tundra, try some of these ideas outdoors. Continuing with the frugal theme of this post, this idea won’t cost much at all but is definitely going to be a winner with the kids.

You’ll need a few flavors of Kool-Aid (or food coloring), and some old paint/spray bottles. Simply make the Kool-Aid or add food coloring to different bottles until you have a selection of different colors to use. Then let the fun begin! Head out to the snow and let the kids create little masterpieces of their own.

The best part is if you used Kool-Aid, the snow becomes natural snow cones! Just be sure that the snowy area that is being painted isn’t yellow to start with, or dirty. Obviously, that won’t end well. 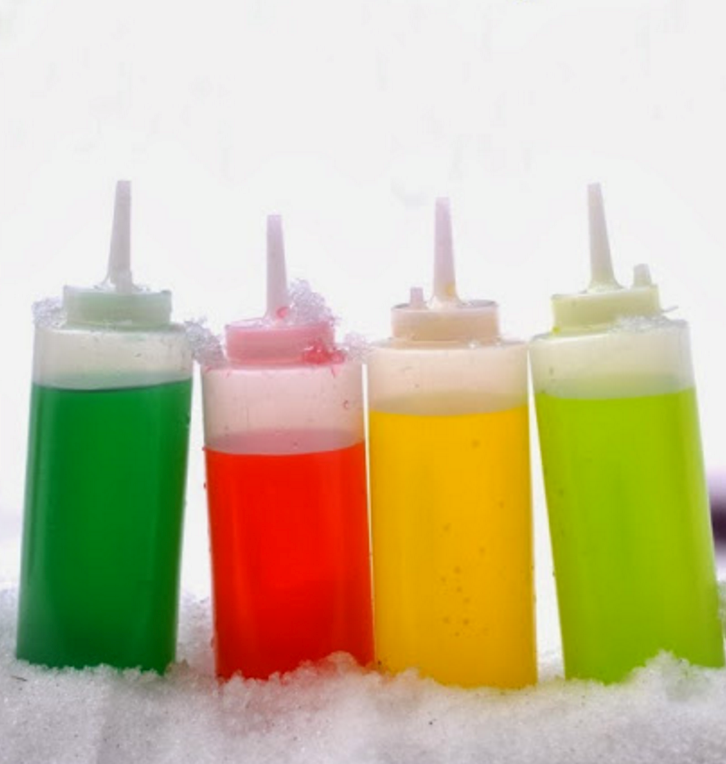 This is the ultimate idea. Not only are the kids excited to have the day off from school, but you can flex your super mom skills and make them ice cream with the fresh snow that’s piling up outside! It’s the best of both worlds. I know, ice cream on a cold day? Trust me on this one. It will be a hit.

You will likely already have the ingredients in your pantry (sugar, vanilla extract, and milk), so all you’ll need to do is gather up around a bunch of fresh snow. An easy way to do this is to place a large bowl outside and let the snow steadily pile up. This way, you will gather the cleanest snow possible.

Once the bowl is filled up to just under the lip, bring it inside and start mixing in the other ingredients. Add about a tablespoon of the vanilla (a little goes a long way here), and a cup of sugar. You can add more sugar to taste. Mix it all together, and add up to two cups of milk (or chocolate milk!) to the desired consistency. It’s important to do this process as quickly as possible, so the snow doesn’t melt!

Serve it immediately and enjoy some homemade snow ice cream. 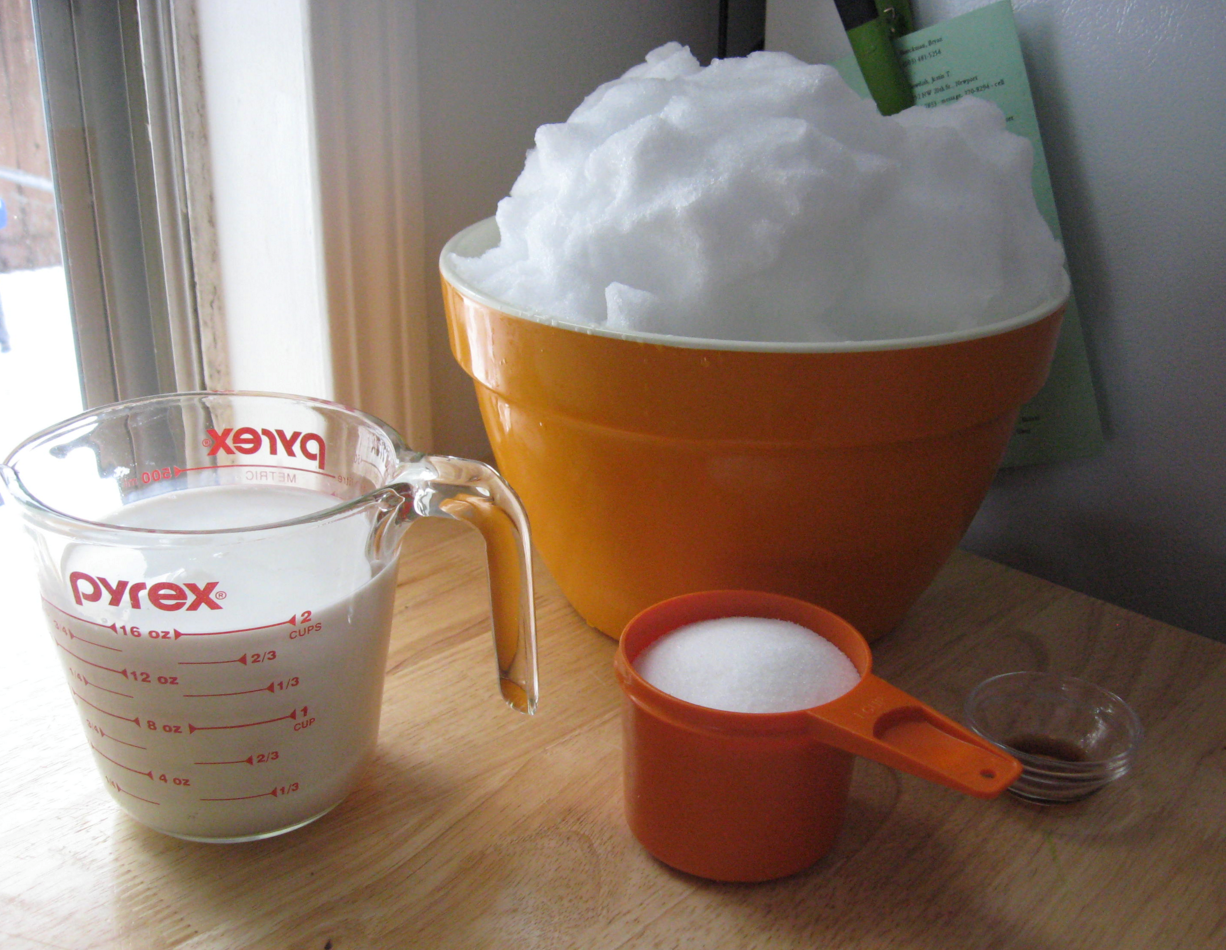 Inside or out, these ideas are sure to provide some fun for the whole family next snow day. All the way up until you’re hit with the looming task of shoveling the mountainous heaps of snow in the morning…