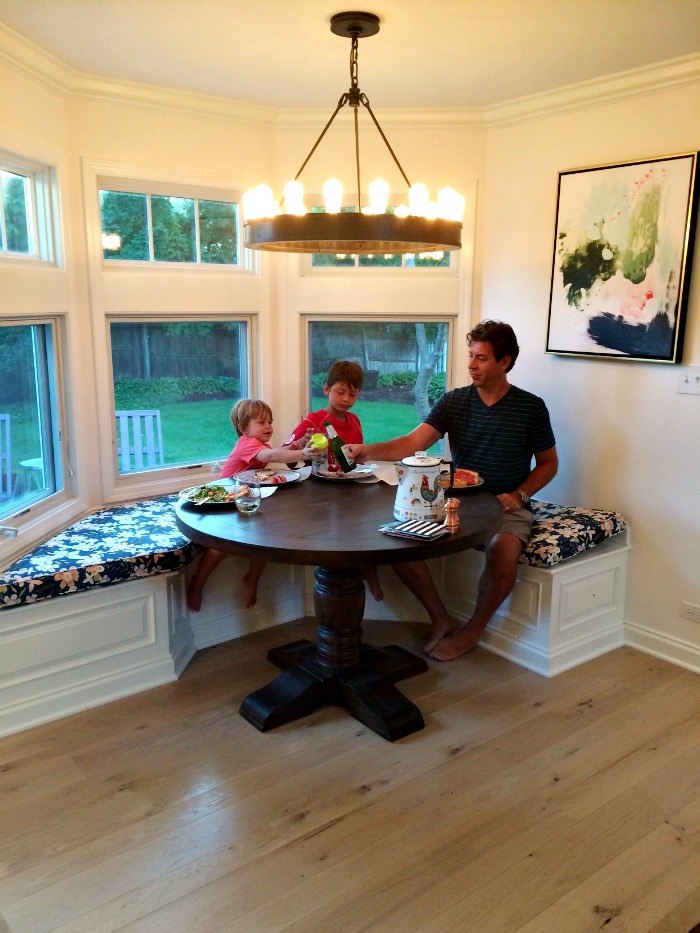 I admit it: I want my boys to remember their childhood fondly. And, yes, I want to play a starring role in those memories! I’ll share some of the glory with M, of course. That’s just how generous I am. *wink, wink* So I often wonder, what’s the best way to make childhood memorable for L and B?

One of the more obvious answers is being an active participant in their extracurricular activities. As you know, for my boys, that means sports. With a capital “S.” And it’s not just about shuttling them to practices and games. M and I do our best to remain engaged in all of it – from loudly admiring their team uniforms to being almost (we don’t want them to disown us!) embarrassingly enthusiastic on the sidelines of their games.

What we do after the games also matters. An outing for ice cream or pizza, regardless of whether their team won or lost, is always fun. It also shows them that we want to spend time with them because we love them – not just because their team scored a victory. Plus, turning each game into an occasion to celebrate helps make sports a fun activity for them and alleviates some of the pressure. This is kid time, after all, not the big leagues! I’ll leave the great expectations to the people they encounter when they’re adults, thank you very much. I’d rather be creating warm and memorable feelings for them.

While cheering kids on during their own activities is all kinds of awesome, I believe that sharing in activities as a family has bonding super powers. It’ll really bring all of you together. One of the best ways M and I have done this is by taking up different hobbies with the boys. It doesn’t have to be anything elaborate. Kids, I’ve found, are pretty easily pleased.

In fact, one of my boys’ favorite “hobbies” is exploring nature. Oh, do they ever love getting muddy and dirty! That’s no surprise. But they also revel in all that the outdoors has to offer. You should see how super psyched they get on a hike when they spot even the most mundane bird or stumble across a cringe worthy creepy crawler. And spending time in nature can be as simple as taking a long walk to an organized outing like bird watching with a guide.

There are so many hobbies out there! Here are some more fun ideas for the little ones: 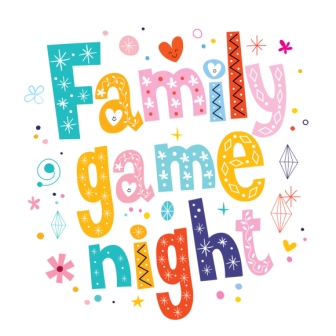 Game night really could be one of the best ways out there to make memories with your kids. Why? Well, think about it. Any game. Any night. Any season. Any age. Pretty rad. Sometimes we’ll stick to one longer game, and other nights, mix it up with several shorter games. A theme can be fun, as well. I’ve also created silly “prizes” by tossing a few pieces of candy into a decorative baggie or buying a few mini cupcakes for the occasion. We’ve even crowned a King of Games with a homemade crown I fashioned out of construction paper and markers in about two seconds flat. L strutted like a peacock that night and M was mad jealous (but shhh, you didn’t hear that from me!). Friendly competition is energizing, and a card or board game is something everyone can participate in equally. Plus, it’s a super easy activity, and that always scores points with me!

This next idea ranks high for creativity, which I love. Award one family member with their own fictitious show on The Food Network. Appoint the rest of the gang as taste testers who get to help the host decide which dishes to present during their debut show. I like to get goofy with this one and encourage the boys and M to come up with wacky combinations that elicit some pretty funny faces when they taste the results. Then we get the video camera out and record the actual “show” to giggle about later. So we not only get to enjoy it in the moment, we also have a digital record of the memory.

The Great Scavenger Hunt. Yes! Think of it as your year-round Easter egg hunt, only with less melted chocolate everywhere. The items don’t have to be elaborate; sometimes I just use stuff I already have in the house. And you can do it indoors or outdoors. Plus, the clues themselves can be as fun as the actual hunt. Or, if you’d rather keep it simple, give everyone a list of the items they need to find. Depending on the number of people involved, you can either play in teams or individually. Teams are ideal if little kids are playing. That makes this activity favorable for inviting family friends or your kids’ friends to join. Watching L and B’s buddies go at it is very entertaining. Oh, to have their energy…why can’t we bottle that stuff?

My boys seem to get a kick out of all of the aforementioned ways to spend time together. They almost always get the biggest grins on their faces during and after, which to me is the greatest affirmation. And hey, M and I usually have a blast ourselves, so it’s really a win-win. As you can see, making memories isn’t rocket science, and it doesn’t have to cost you an arm and a leg. I’d love to hear about how you make memories with your kids. After all, as parents, we can never have too many ideas at our disposal (or too much quiet time!).