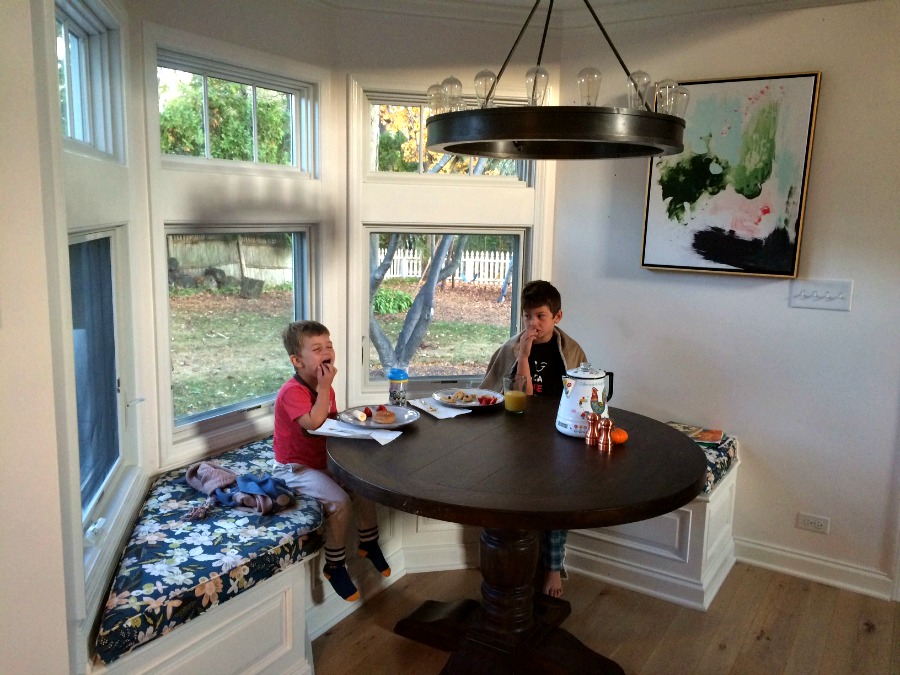 A fun little stage just blew through our home over the past few weeks. The boys hit a crazy growth spurt. As in, both of them AT THE SAME TIME. And it was hitting us hard.

Let me preface this all with a little something. I’m a huge believer that kids are on cycles. Call it hippy or weird or maybe it’s actually all very scientific but kids go through these up and down phases and I truly believe, based on my experience with my two boys, that it’s all connected to growth hormones.

And boy do we have a lot of them. (Thank you, Grandad).

In general, L has handled his well. The kid, from the beginning, has been happy go lucky and pretty level in terms of his mood. B, well, he’s a bit more…..intense. When his growth spurts hit we tend to guard our very souls. Just recently we combined that special treat with L growing as well. In the thick of it all I honestly questioned if I am failing as a mother. What is going on with them? Ah yes. How could I be so naive.

To any other mothers questioning the same, I thought I’d provide you with a handy check list. These are my boys symptoms of a growth spurt, both physical and mental, which almost always seem to go hand in hand:

And then something amazing happens…their little brains and bodies aline and bam, you’ve made it through. It literally is all sunshine and roses. The preschooler is speaking clearly and saying things like ‘I love you, mom.’ L is walking home, without falling(!), right when he gets off the bus. We are all inhaling dinner together and sleeping nicely. We’ve made it through another one, and have a good five pounds and 2.5 inches combined to show for it.

Growth spurts can happen at any point thanks to the growth hormone commonly referred to as HGH. In the research I’ve done, many agree that the 1/2 years are the stages when kids go through periods of moodiness, negativity, or “disequilibrium” meaning, where they attempt to make sense of their rapid growth spurts. Researchers at the Gesell Institute of Human Development say these are normal, and they tend to happen during the half years until age 6 1/2 (beginning at 6 months) and then tend to occur during the odd-numbered ages (ages 7, 9, 11, 13, and 15, for example).

So what does this all mean? Well, if your boys are anything like mine, growth hormones are real. They have serious effects on behavior, mood swings, eating, balance, etc. And when all is said and done I’ve come to sort of adopt this motto to get through it all: it’s not you, it’s them.

You just keep mothering the same. You are doing nothing wrong. They are making sense of their actual growing brains and bodies and it’s all trying to align just right. Keep up with the consistent discipline. The consistent kindness. And just for fun and confirmation, get out that measuring tape.

I’m guessing on at least another inch, or two.